Several key buildings and landmarks are visible in this aerial view of Indianapolis, including the Hyatt Regency and PNC Center (center), the Soldiers' and Sailors' Monument (just behind the Hyatt), One Indiana Square (just behind Monument Circle), and the state capital building (left). The Market Square Arena Dome is visible toward the upper-right of the photo, with the skyscraper City-County Building rising in front of it. The Indiana Convention Centre is the large low building, stretching south of the Hyatt Regency, across the street from St. John the Evangelist Catholic Church. The two tallest residential buildings in the state, Riley Towers I and Riley Towers II, are barely visible in the background toward the upper left portion of the photo. 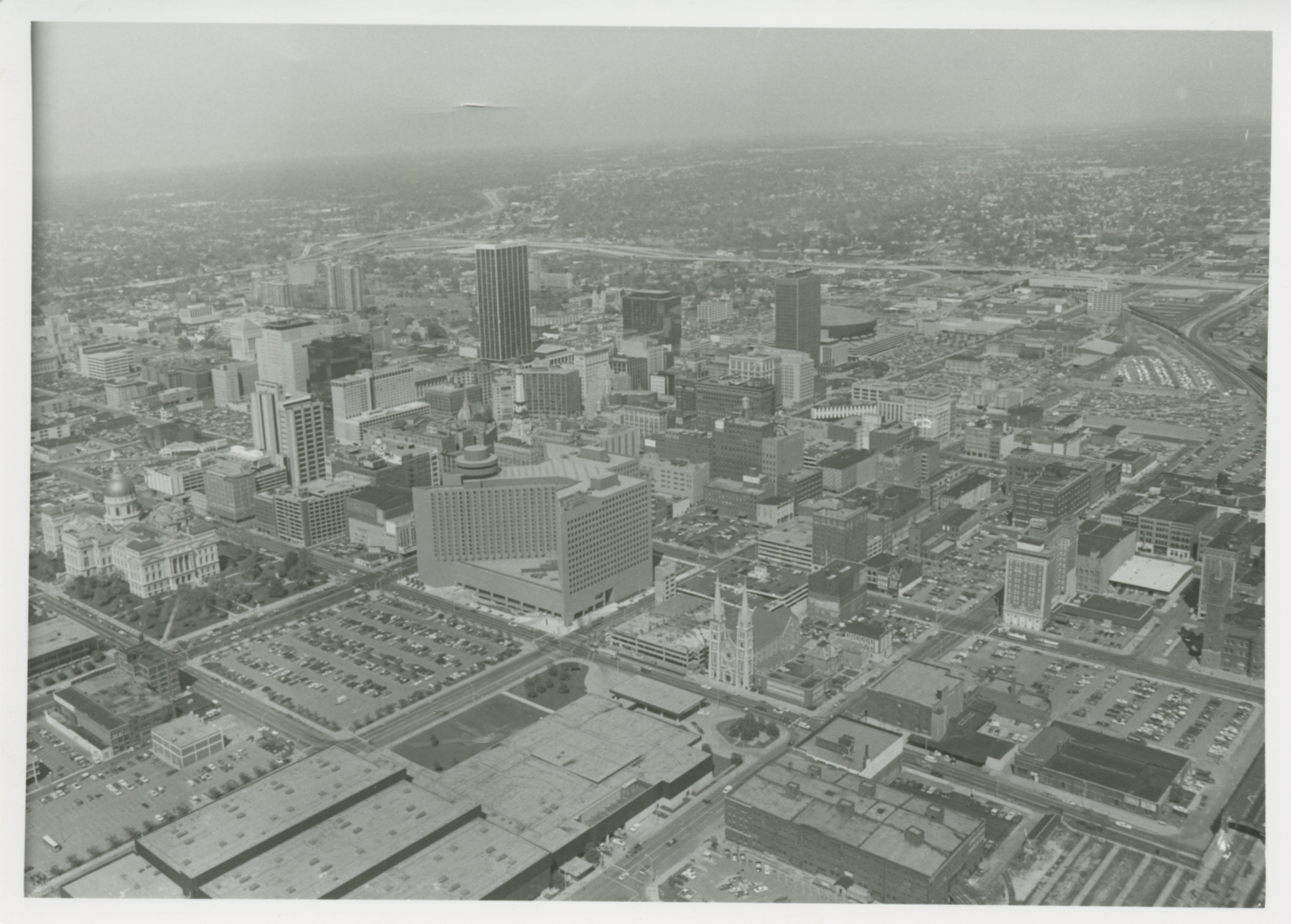 Construction began in May 1982.