Chart of Poll Results Prior to 1971 Mayoral Election

Chart of poll results, indicating support for Lugar and Neff, as well as undecided voters. Polling numbers recorded between July 11 and October 27, 1971, with dates of significant events indicated along the bottom axis of the chart. Results indicate that Lugar maintained a significant lead over Neff throughout the months leading up to Lugar's victory on November 2, 1971. 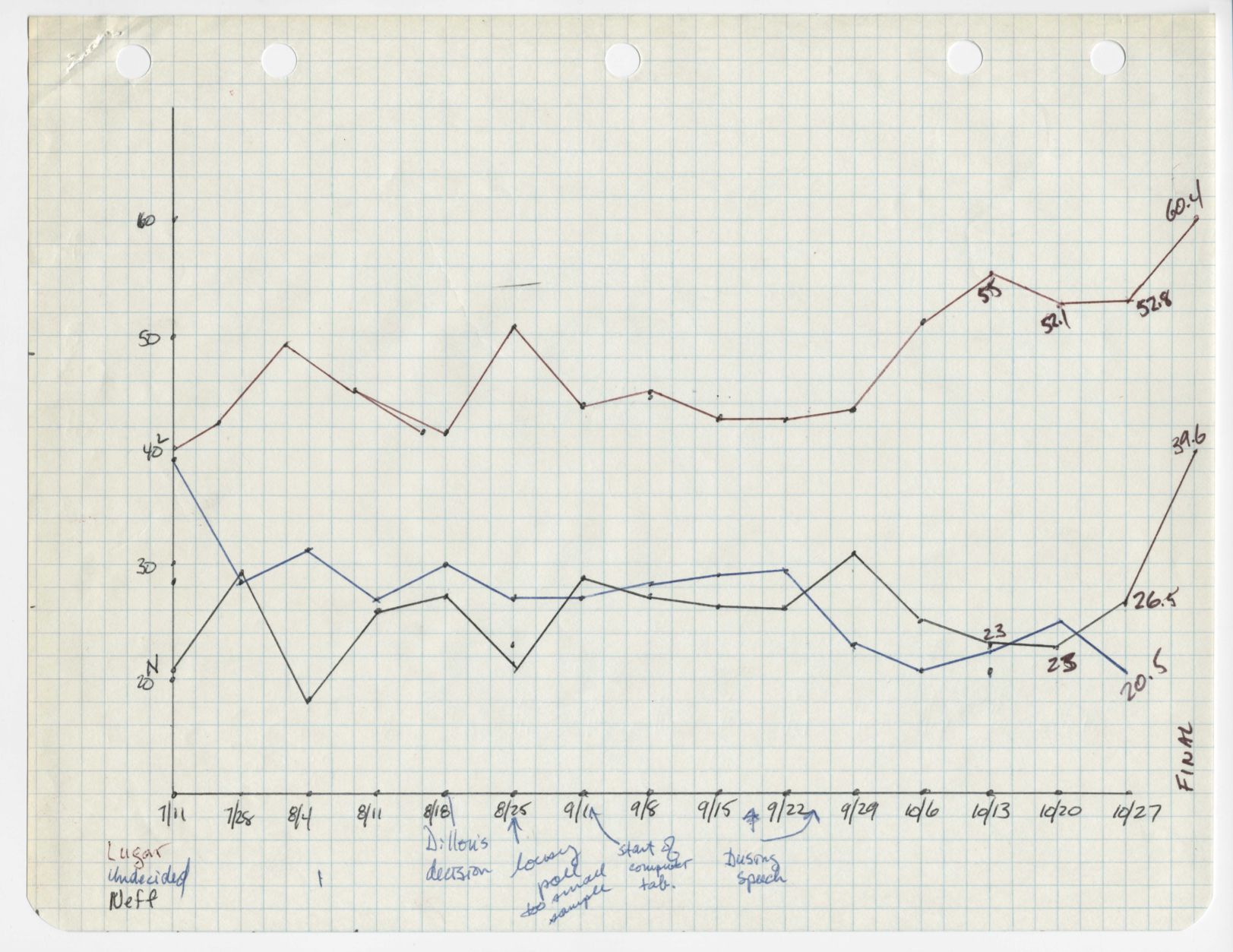