Two years before the Colts moved unexpectedly from Baltimore to Indianapolis, NFL franchise owner Al Davis moved his team, the Raiders, from Oakland to Los Angeles. When the League sought to prevent the move, Davis responded with an antitrust suit, eventually winning the suit and moving his team. Angered by the move and unable to prevent it despite prolonged litigation, political leaders from Oakland and elsewhere, along with league leaders from multiple sports, lobbied for federal legislation to establish procedures that required that community interests be considered in the relocation of professional sports teams. Still stinging from the loss of the Raiders, Mayor Lionel Wilson of Oakland writes to Mayor Hudnut, asking for his support of the federal legislation. Mayor Hudnut's reply, indicating his support of the legislation, is also in the Archive. 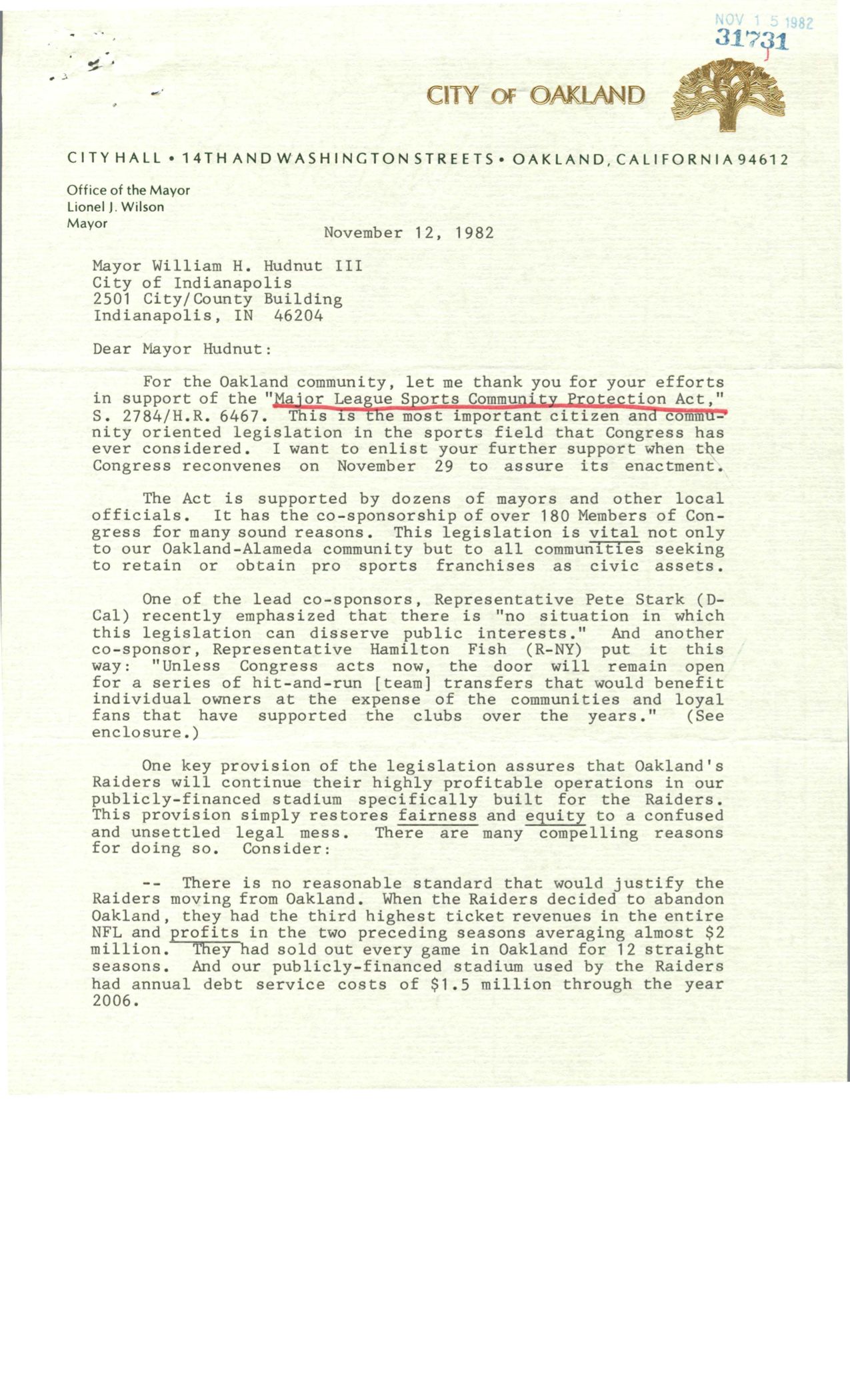