Mayor Hudnut reached out to Robert Irsay directly, articulating his city's eagerness to become home to the Colts NFL franchise. Written while the deal was still under negotiation and the Colts were still in Baltimore, Hudnut sought to underscore the advantages that Indianapolis could offer Irsay and his team. 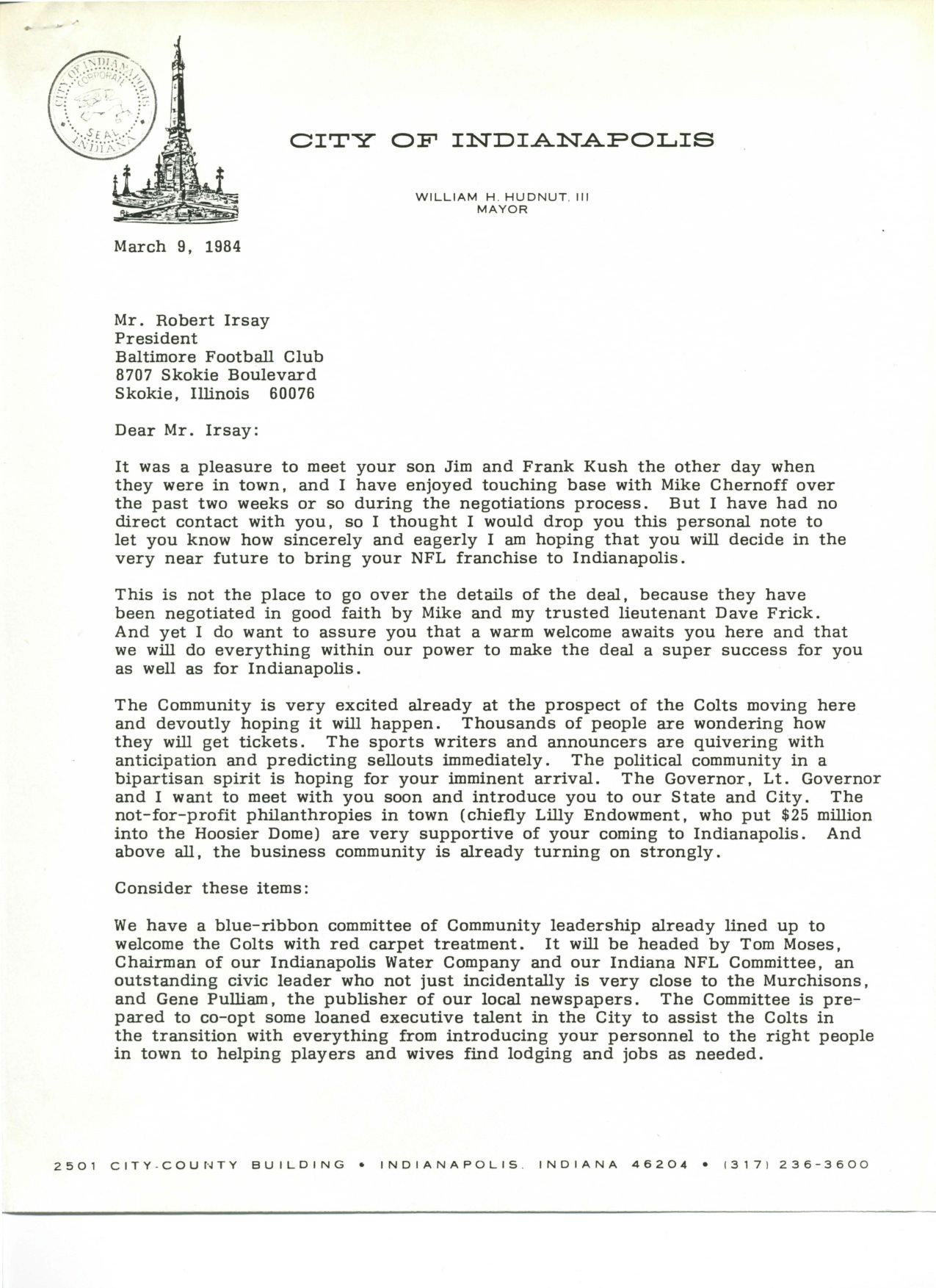