Mayor Hudnut announced the settling of multiple lawsuits that had ensued following the Colts' move from Baltimore to Indianapolis. Litigation had reached the U.S. Supreme Court, before being settled in March 1986. Handwritten notes in the margins of this document may be from Mayor Hudnut. 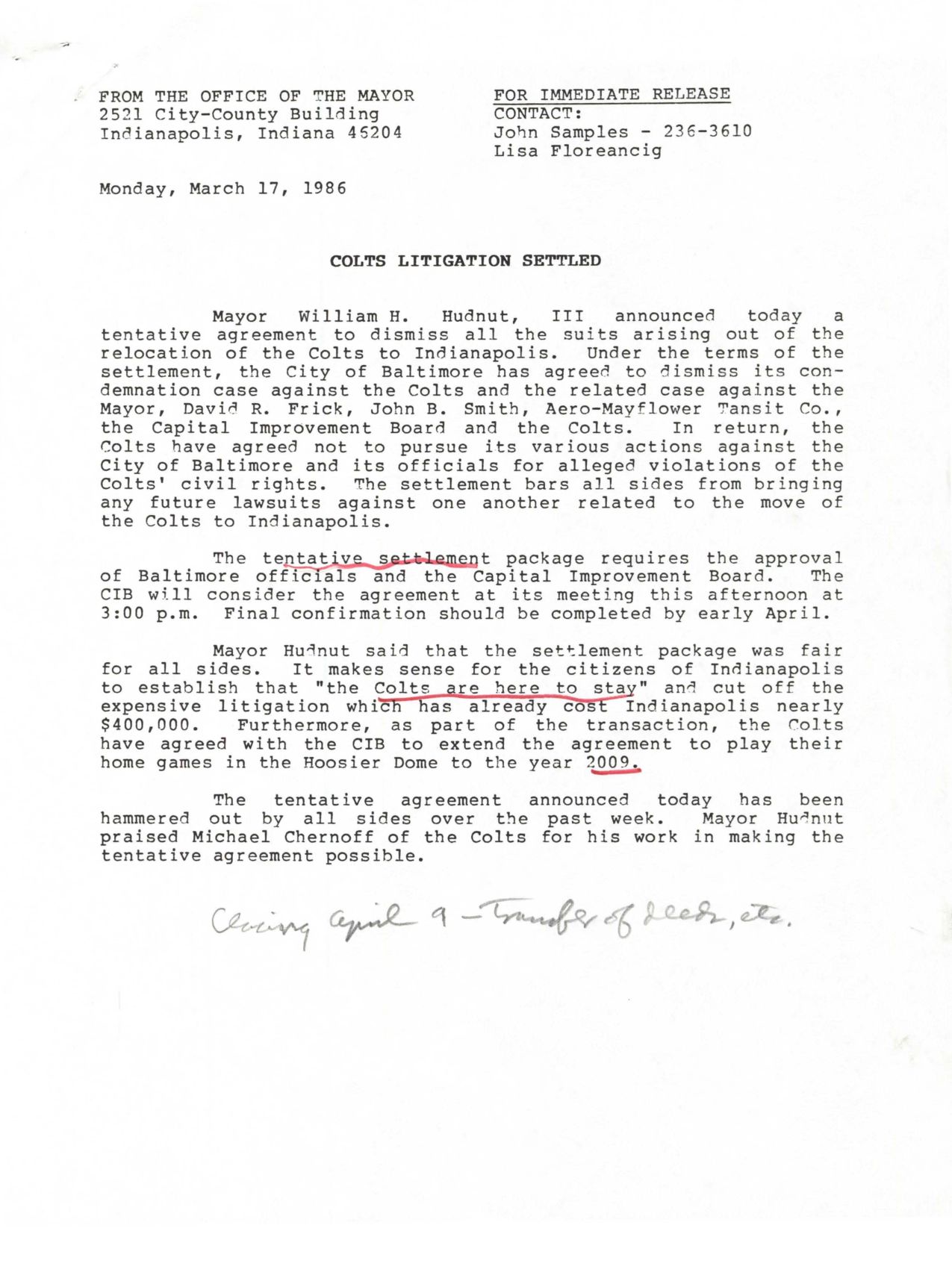 Mayor Hudnut and Beurt SerVaas to Time Magazine Editors, January 1985Mayors Berkley, Caliguiri, Feinstein, and Halloin to Mayor Hudnut in Support of the Major League Sports Community Protection Act of 1982Summary of Litigation that Followed the Move of the Colts Franchise from Baltimore to IndianapolisUnidentified Maryland Resident to Mayor Hudnut, June 1984